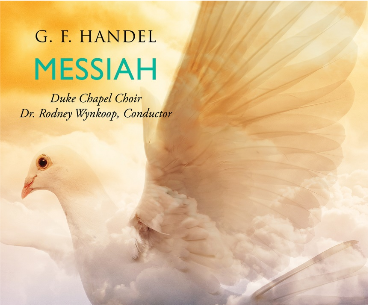 International (TWR/MNN) – The Advent Season is upon us, and with it comes the music that resonates with our hearts at this time of year.

Primarily, George Frideric Handel’s Messiah oratorio takes the promise of Christ from Scripture and puts it to music that transports the listener right into the ultimate story of hope.

Historical accounts indicate Handel wrote the original version of Messiah in three to four weeks (about 24 days). The verses used as text for Messiah were assembled by Handel’s friend Charles Jennens, a wealthy supporter of the arts. Commissioned in 1742 as piece for Lent and debuted in Ireland, by the 19th century, the Messiah had become a regular December staple, particularly in the United States.

But why keep it in just North America? Trans World Radio (TWR) has renewed its collaboration with the Duke University Chapel to put a world-class live performance of Handel’s treasured Messiah in easy reach of anyone with an internet connection.

Two performances Dec. 1 and 2 will be audio live streamed at twr360.org/messiah from the renowned neo-Gothic chapel in Durham, North Carolina. In addition, TWR will coordinate radio broadcasts of the concert in several countries.

“The story of Handel’s Messiah is epic – it’s essentially the entire history of our salvation, told through timeless words from both the Old and the New Testaments,” Wynkoop said. “Tens of thousands of people have heard Messiah performances at Duke Chapel in the 80 or so years since the chapel was built, and with this new partnership with TWR, the audience has expanded into the international realm.”

People in 25 countries listened to the live performances in 2014, the first time TWR and Duke Chapel teamed up to take Messiah to an international audience. In addition to the worldwide audio stream that year, it was broadcast to portions of Latin America and the Caribbean and over TWR’s satellite network in Africa.

The feedback was enthusiastic: “Spectacular!” … “Excellent from start to ending” … “It feels like angels singing” … “The whole experience was so WONDERFUL I actually had to listen TWICE because I missed things the first time I didn’t want to miss the second time” … “With all the bad things happening in the world today, the ability to bring a message of hope through the youthful vocal energy applied to these ancient biblical texts is no small ministry!”

And one music lover who attended the first concert in person and then listened to the audio stream during the second wrote, “I didn’t think that the online experience could top last night, but Dr. Wynkoop’s commentary added so much insight on Handel’s expression of the gospel through music that I enjoyed the online experience equally.” 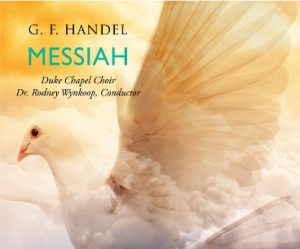 Professional soloists and an orchestra will again join the chapel choir for this 85th year of Duke Chapel Messiah performances, which includes the famed “Hallelujah” chorus. TWR president Lauren Libby said, “Messiah is a gift from the Lord. During the Christmas season, please join us for the celebration of the Messiah’s birth and life.”

Two performances will be broadcast or live streamed: the first at 7:30 p.m. EST Friday, Dec. 1, and the second at 2 p.m. EST Saturday, Dec. 2. To find the live stream easily on the day of the concert, consider bookmarking twr360.org/messiah now.