Bibles for China: bringing the Gospel to rural China 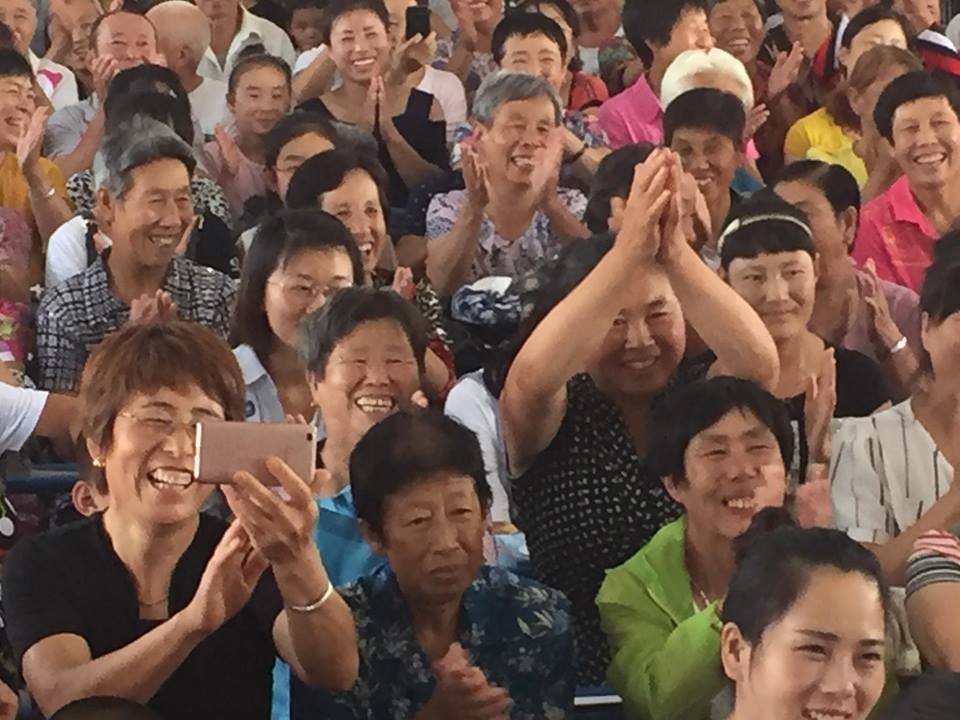 China (MNN) — The Word of God is spreading in China. Through the faithfulness of Christians around the world, Scripture is being spoken and lives are being changed. But it has not always been as easy to spread the Gospel in some rural provinces in China as it is now.

For many years, Christians were afraid to speak openly for fear that they would be instantly and harshly reprimanded by the government. When former Chairman Mao’s Little Red Book came out, it was virtually forced into every home and given a sort of religious standing. 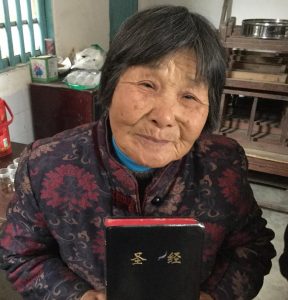 (Courtesy of Bibles for China)

Wendell Rovenstine, President of Bibles for China, says, “It really became evident to me that the Little Red Book was something that he really sold all over China and that became very important, that everybody had a Little Red Book and gave respect to it. [It led to] the elimination of God’s word, it was no longer respected or used.”

But in some places, times are changing. Where doors are opening to the legal spread of the Word of God in China, Chinese people are responding. Instead of embracing the former chairman’s words as their whole truth, people are able to read the Bible and go to church to learn about the only truth, Jesus.

Rovenstine says, “Right now the Little Red Book isn’t talked about a lot, but the Bible is discussed. The Bible is something everybody wants, everybody shows up for when Bibles are distributed.”

However, opening doors do not mean instant accessibility. Many people in rural China face poverty and do not have the resources to purchase anything beyond their basic needs. They cannot afford a Bible of their own, so for years they have had to be content with small photocopied sections or whatever they could memorize.

This is where Bibles for China steps in. Their purpose is “to provide God’s word, the Bible, legally and without cost to Christians often living in rural mainland China, where a great need for Bibles exists.” 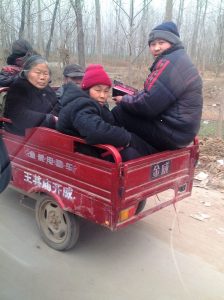 (Courtesy of Bibles for China)

One special need right now is for public Bibles.

Rovenstine explains, “They wanted a public Bible, for Bibles to be in the church. They wanted those Bibles in the church and to be left in the church because the individuals coming to those rural churches walked anywhere from three to six kilometers away from their village or community to church on Sunday morning. So, many of them are elderly. Many of them don’t have the ability to carry a Bible back and forth to church. So, they are leaving their Bibles at home and then they have a Bible at the church that’s available to them.”

Not only are public Bibles a need right now, but private copies of the Word are needed as well. If people hear there will be a Bible distribution, often so many people come, that the organizers run out of Bibles. So, Bibles for China provides Bibles to local church leaders and assists them in distribution to their congregations.

Joining together to spread the Gospel

In one place in particular, Christians told Rovenstine that they are now referring to the underground church as the family church. This more friendly language is typical of their province where the two churches are beginning to work together to spread the Word of God.

The Lord is moving. People are coming to know Christ. People are seeking truth through the Bible, but the mission is not done. There are still many rural Chinese groups who do not have Scripture in hand and many places where the government is not so friendly.

Rovenstine urges the Church, “We always are asking people to pray. Prayer is basic in anything any of us do for the Lord.”

He continues, “We’re just encouraging everybody to participate in any way they can, give sacrificially or just a little bit, just a cup of coffee to the ministry makes such a difference.”

If you would like to support the spread of the Gospel in China through Bibles for China, please click here and donate today!