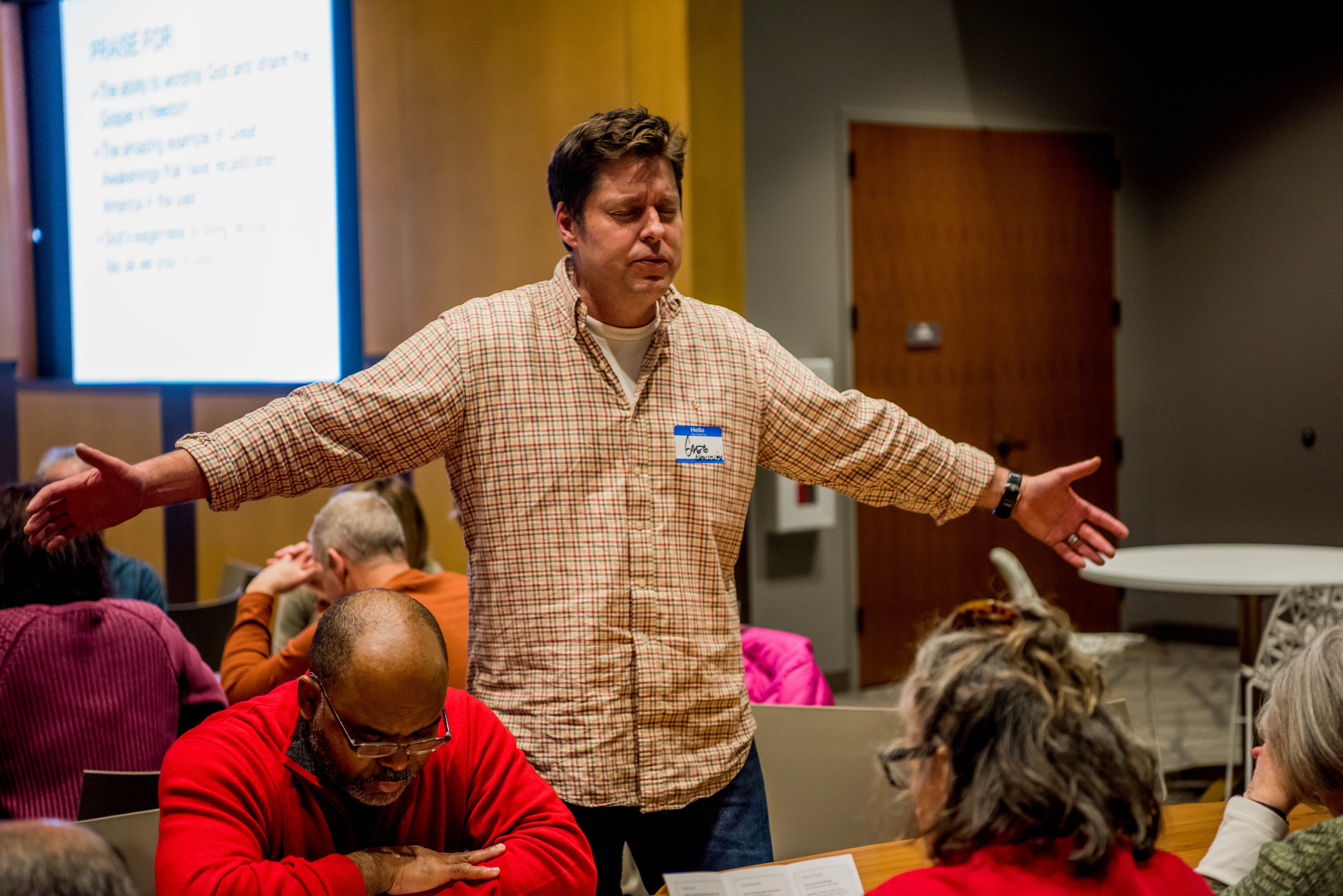 USA (MNN) – On December 7, at Calvary Church, dozens of Christians gathered together for a prayer and worship meeting, held by the Grand Awakening partnered with City Fest, anticipating next year’s City Fest in West Michigan. The festival will be held during September 2018 in downtown Grand Rapids, Michigan.

The purpose of this festival? Revival. 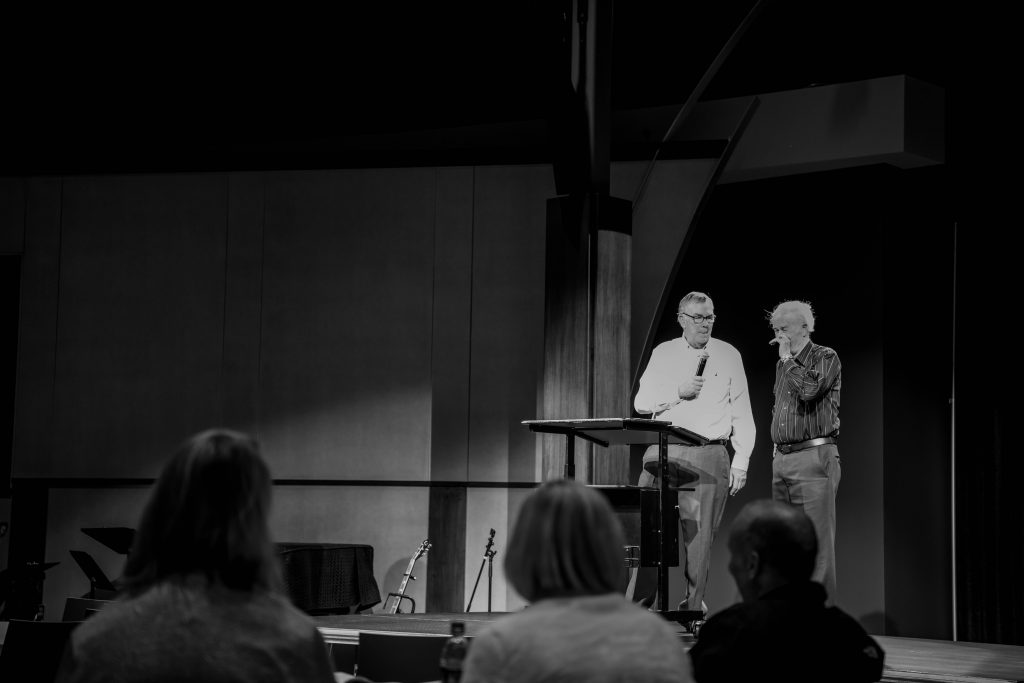 The evening focused on a time of worship followed by three individual presentations.

After each presentation, tables were given the task to pray based on what was on their hearts, but also relating to the scriptures provided and bullet points given in the following categories of praise, repentance, and supplication.

The night began with a brief history of revival and prayer for God to do it again in a presentation given by Randy Hekman. 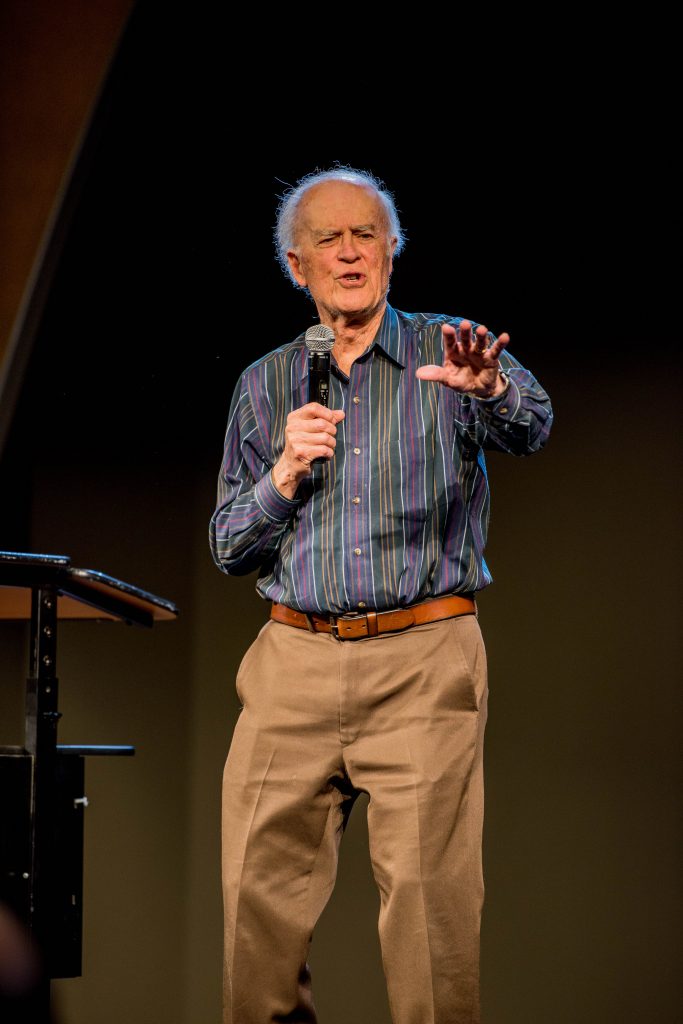 The next presentation came from Dr. Bill Brownson, who has been praying for revival for the past 50 years. He urged attendees to pray the big prayers.

But first, Brownson encouraged people to ask for revival in their own hearts. And then, not to stop praying until God answers.

“When do we pray the huge prayers that are world changing?” Brownson urged from the stage. “Pray for the greatest awakening the USA has ever seen.”

The night came to a close with Duffy Johnson and Mary Sterenberg presenting prayers for West Michigan.

They again urged attendees to continue praying not just for revival, but also for the Church’s unity in West Michigan. And also for all hearts in the region to be prepared for the Gospel when it is shared next September with an entire city.

“From tonight, it’s my hope that people caught the vision to pray. That we can’t do this by ourselves, God must be with us, He must go before us,” Cornerstone University’s President, Joe Stowell commented. 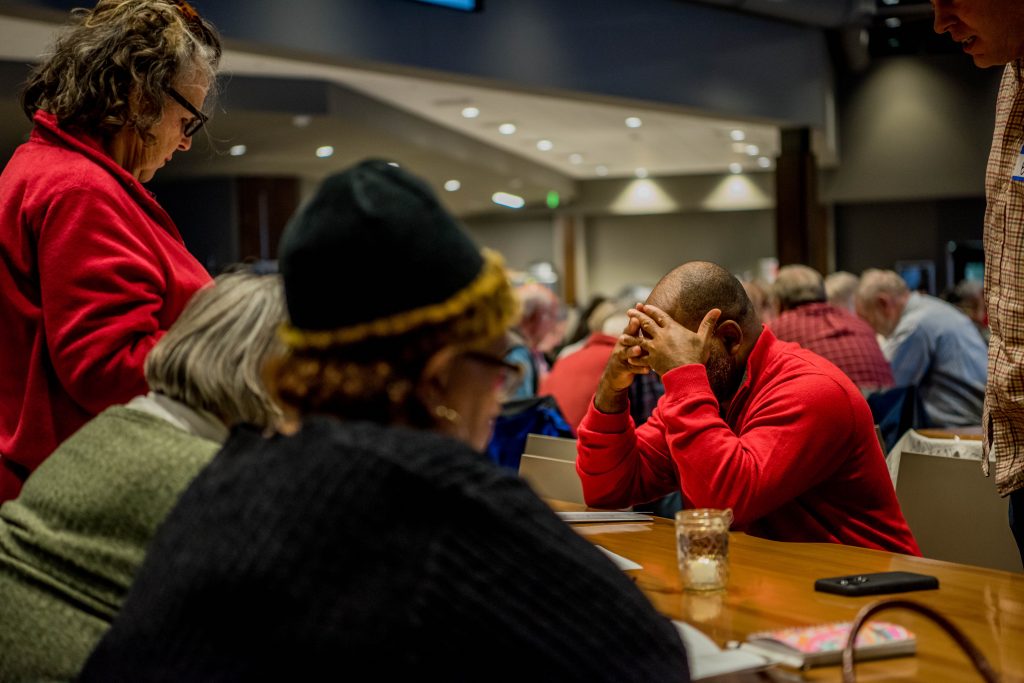 A table prays together during the City Fest Prayer Meeting held at Calvary Church on December 7, 2017. (Photo Courtesy Beth Stolicker)

City Fest wants to revive West Michigan believers and awaken non-believers to the love and truth of Jesus Christ.

Furthermore, City Fest planners are hoping to get 10,000 people to commit to praying for revival in West Michigan.

“We’re calling on all the followers of Christ in West Michigan to get involved,” Stowell shares.

“They don’t even have to be necessarily a volunteer or go to meetings, but you can pray. That’s one thing all of us can do, even those who are shut-ins and those are aren’t mobile, at work at lunch, so we’re just calling everybody to join in this great prayer effort to support the festivals that are to come.”

With that said, to make City Fest West Michigan happen, it’s going to take a lot of Christians pitching in. 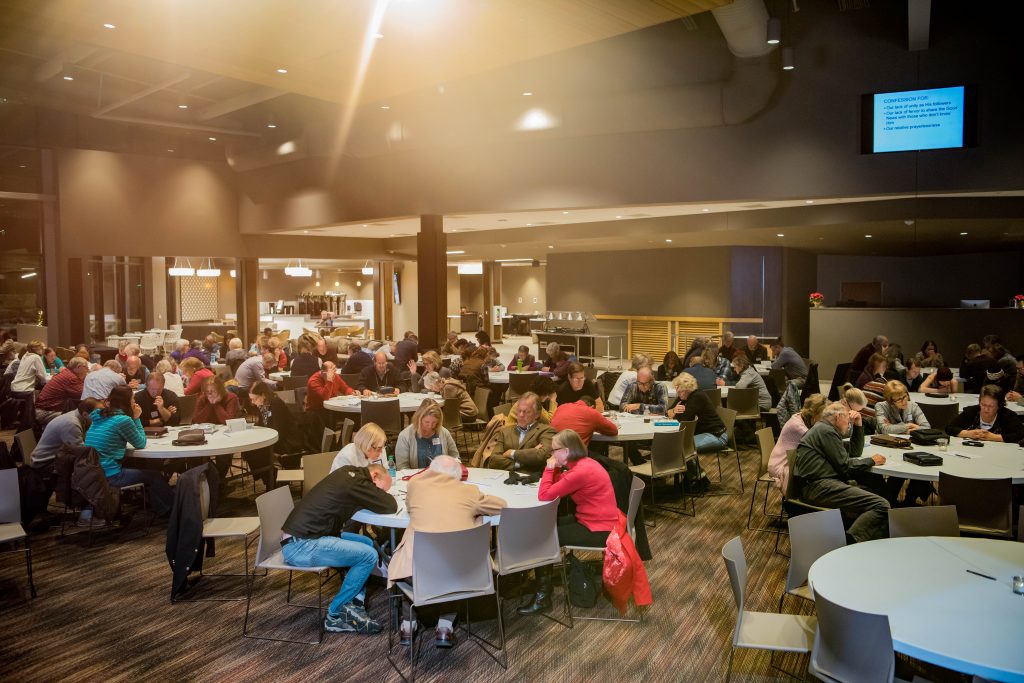 Dozens of people going together in prayer during the City Fest Prayer Meeting held at Calvary Church on December 7, 2017. (Photo Courtesy Beth Stolicker)

“We need hundreds of volunteers to make this a success,” Stowell explains. “So I would recommend you go to the website. On the website there all kinds of possibilities for you to get involved in committees, activities, and neighborhood works.”

And since City Fest planners are eager to have 10,000 people praying for revival, will you commit to prayer?

For now, start with praying for revival. Please also pray for the upcoming Pastors Prayer Summit, which will be taking place at Maranatha Bible and Missionary Conference Center on January 15-16, 2018.

The summit is meant to be a time set aside for pastors to spend in God’s presence, in the spirit of unity, and for them to come together as one body in Christ. Pray for the spiritual encouragement of the pastors attending, the unity of the body of Christ, and for Christ’s continued work in West Michigan.

Learn more about City Fest West Michigan and how to get involved here!

To register for the Pastors Prayer Summit, click here!