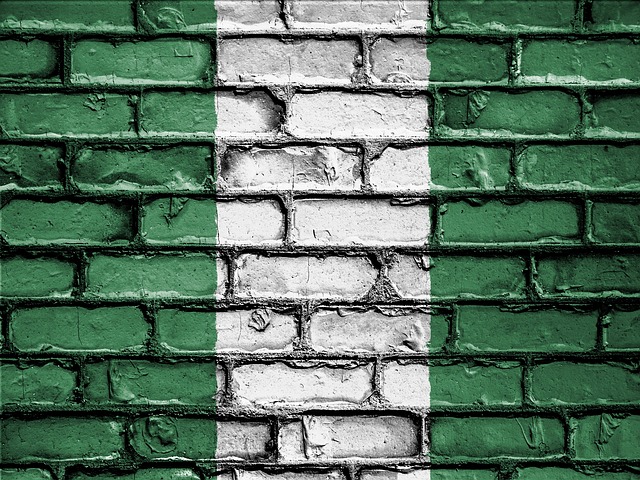 Nigeria (MNN)—Usually when people talk about extremist activity in Nigeria, they mention Boko Haram. And because most people hadn’t heard about the group before the Chibok schoolgirl incident in 2014, they might bring up the kidnapping of almost 300 school girls. However, Boko Haram, which was once said to rival the bloodshed of ISIS, might not be Nigeria’s biggest terrorism problem any longer.

Greg Musselman of the Voice of the Martyrs Canada shares a bit of background to help us understand the religious environment: “The predominant part of the northern part of the country is Muslim. Of course, there are Christians there and they have suffered mainly through the Boko Haram. And then in the south, you have mainly Christians down there.”

In the southern region, he explains that for the most part, Christians live in peace with their minority Muslim neighbors. However, it’s where these two regions meet where a lot of sectarian violence has broken out.

Musselman says, “In the middle part of the country, Plateau State, [there is] this place called Jos which has been kind of a launching pad, in a lot of ways, to a lot of the missionary work that has gone on in northern Nigeria. And so, as a result of that, they’re having attacks against Christians, churches, things like that.”

Boko Haram is an ideology-driven group which has aligned itself with ISIS. However, another militant Muslim group in the area, the nomadic Fulani Herdsmen, are motivated by land.

“They see Christians that have land—they view that as their land and they feel they have rights to it.” 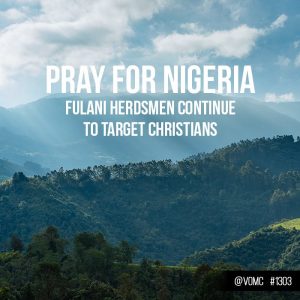 (Image courtesy of Voice of the Martyrs Canada)

So religion isn’t the main factor in their attacks, but Musselman says they might use it as justification for their actions. Since September of last year, nearly 100 people have been killed in raids against Christian villages.

“They have gone through a number of villages… they have killed people, they have just caused brutality in the area.”

The Voice of the Martyrs Canada shared in a recent newsletter that in September and October, the herdsmen attacked 12 villages, murdered more than 75 people, burned 489 homes, and displaced 13,726 people.

In November, 15 more people were killed in three separate events.

Both Boko Haram and the Fulani Herdsmen have created great havoc and instability in Nigeria. However, there are some who have warned that unless the government takes control of the matter, the Fulani will be a much more lethal force to deal with in Nigeria’s future.

The response to constant danger

It’s no surprise that Christians are often the target of these attacks. Musselman says there may not be a particular reason that the Plateau state erupted in violence last fall, but rather that the situation is always a simmering pot ready to boil.

“There’s always this underlying aspect of violence coming to the surface. And in some cases, it just sparks because somebody decides that they want, in the case of the Fulani, to go in and take land, and that they rally everybody up,” he explains.

In many cases, the relative “peace” is really just the calm before the storm. So, what does it do to a person, at least spiritually, to live under this constant threat of attack? Musselman, who has traveled to the country on several occasions says it all depends on where they are in their walk with God.

Sadly, they often lose their faith. However, there are others who have been taught the truth—that following Jesus brings suffering. And through these trials, their faith actually deepens.

“Christians that have been through a lot of violence and have understood that the Bible teaches a lot about persecution and suffering for the sake of the Gospel, they are not caught off guard when these happen. Now of course, we’re all humans, they’re humans, and they react emotionally, for sure.” 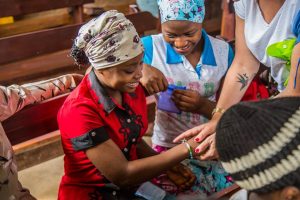 There is sadness, he says, and anger—and often a desire for justice. But ultimately, these leaders want to assure the Nigerian Church that this kind of opposition is to be expected. Musselman says, “They’ll say, ‘Look, this is what Jesus told us would happen. When we are advancing God’s Kingdom, when we’re bringing the Good News of Christ into some of these areas that are very dark, there is going to be a reaction. So don’t be surprised.’”

Musselman says it is important to pray for our brothers and sisters in Christ because this is truly a spiritual battle.

VOM Canada is working on several projects in the area and they are growing their partnerships in order to better serve and strengthen the Church. They are involved with medical care, a microloan program for widowed mothers, and education that includes biblical teaching. They also work with children who have been orphaned by the violence in Nigeria and help to provide whatever materials the Church might need to better serve their communities.

If you’d like to partner with VOM Canada, in Nigeria or somewhere else, you can head to their website, here.

You can also find more prayer points for the Persecuted Church in their Persecution and Prayer Alert newsletter, here.

But most of all, Musselman says we can pray. In prayer, the Holy Spirit guides us in how we should respond to the news we hear. And in prayer, we can ask for God to waken our spirits about what is happening with the Church worldwide.

“I think over time it’s almost human nature that we want to turn away from these things …. But we cannot forget our brothers and sisters in Christ.”