SAT-7 among first to enter Syria in new documentary 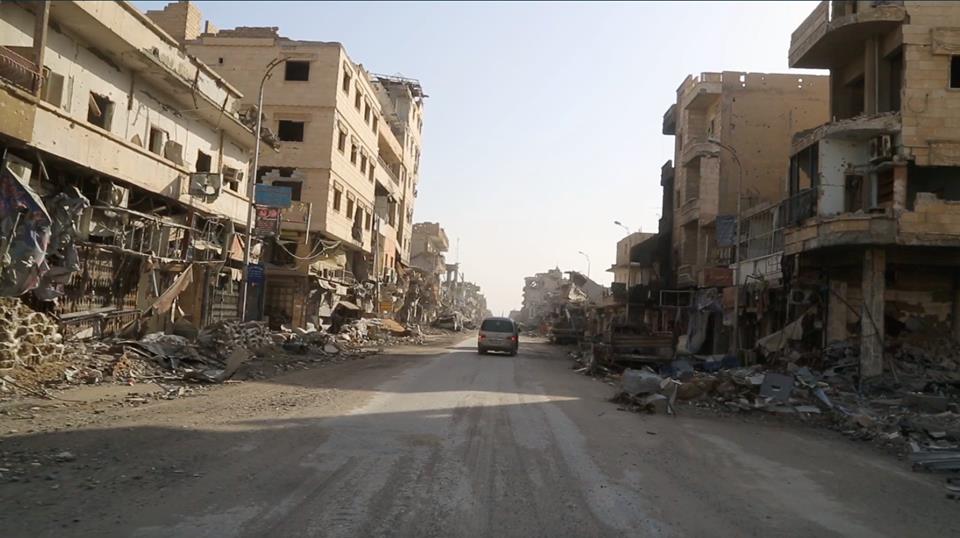 Syria (MNN) – During March 2011, Syria erupted into a civil war still being fought today. In the past seven years, thousands of Syrians have fled their homeland, searching for safety from the violence which threatened their lives. Yet, with a flicker of hope still ignited in their hearts, some Syrians are beginning the journey back into the country.

In December 2017, 97 percent of ISIS-controlled territory in Syria and Iraq had been liberated. SAT-7—a Christian satellite television ministry to the Middle East and North Africa—was recently in Syria co-producing the documentary, Al Raqqa: between Yesterday and Today, with Light for All Nations (LFAN) Ministries. This documentary features the first on-scene footage since ISIS left. The ultimate goal of this documentary is simple: to show people Syria’s current reality. 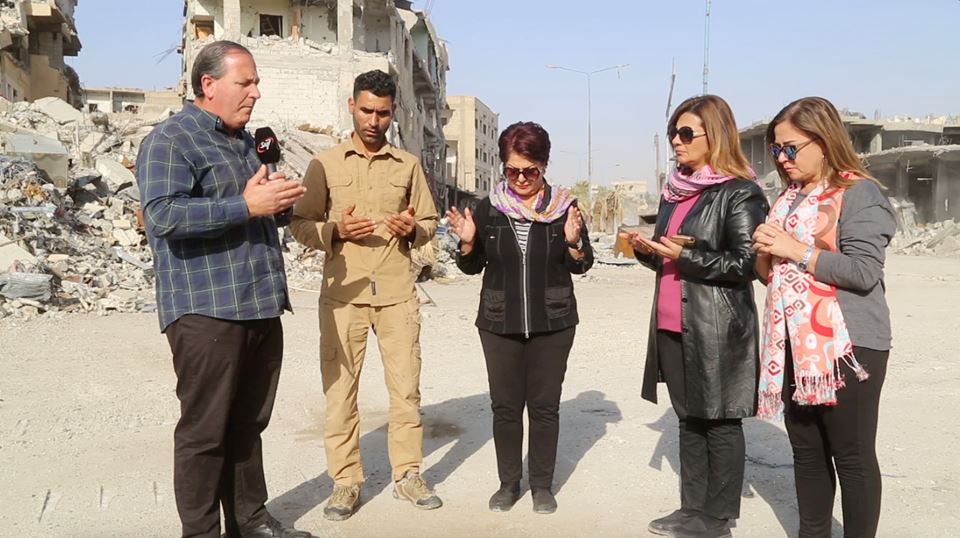 Documentary filming in Syria during late 2017. (Photo courtesy of SAT-7 via Facebook)

One might say it’d be easier for the Syrian people to start rebuilding at ground zero rather than trying to revive any life from the destroyed city. An atrophy of buildings line the streets with corpses buried amongst the fragmented bricks. This is present-day Al Raqqa.

The city is covered in landmines and the haunting echoes of ISIS’ control over it as a stronghold. For two years, Al Raqqa was the main city for human trafficking of Yazidi and Kurdish women and girls and a place for public executions. And so along with the land’s scars come the emotional ones, too.

Dealing With the Past

“A lot of people are dealing with post-traumatic stress. They need counseling, they need help processing. You know the help they need is a lot of times [from] professionals [who] are outside [and] who don’t have access to the country,” Wiens explains.

“And yet the people who need the help are inside the country and SAT-7– as a trusted, branded, indigenous broadcaster– we can deliver because we have the satellite platforms, the web streaming, the apps, [and] infrastructure established where we can deliver content and trauma counseling, trauma healing programming to the people to help them during this time of transition as they move back into the areas.”

SAT-7 provides this content through the lens of a biblical worldview to bring healing not just emotionally, but also spiritually. Through this, SAT-7 shares Christ’s love in word and action. Furthermore, it is currently impossible to block satellite television, which means SAT-7 is available to anyone in the region with access to a TV and satellite. 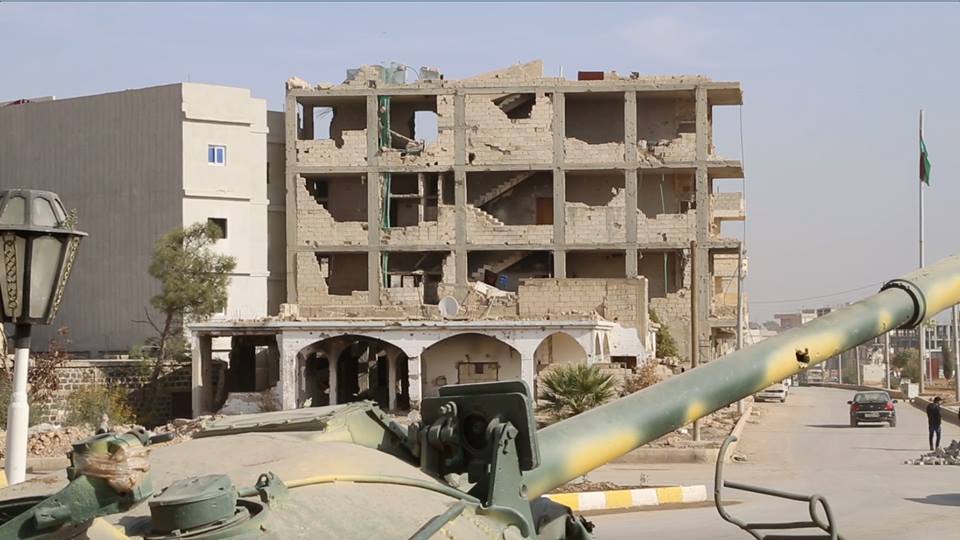 Running these programs costs money and requires other resources, such as people with the knowledge to design, write, and produce these programs and much more. Want to help SAT-7 meet the emotional and spiritual needs of the Syrian people? All it takes is a dollar to provide satellite TV to one person in the MENA region.

“You can join SAT-7 in prayer. We just launched an initiative called SAT-7 10/40 Prayer; praying ten minutes a day for the next 40 days,” Wiens says. “[On our website] there’s a place to sign up and we’ll send prayer requests.”

Give to SAT-7’s work in Syria here!

*SAT-7 has also been providing supplemental educational programming on its channels for displaced and refugee children. Some of these kids have been out of school for years. Some of them have simply never been to school because they became school age while displaced. The UN refers to these children as a “lost generation.”