Esther Initiative trains 6,000 women in 2017 to be spiritual influencers 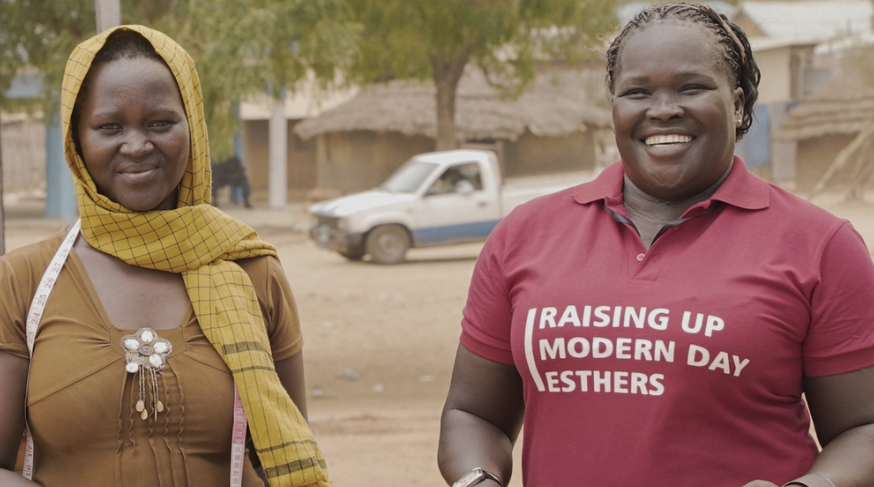 International (MNN) — Global Advance is known for training church planters and marketplace leaders to advance the Gospel. But one of their other ministries, Esther Initiative, focuses on equipping a particular group within the Church: women.

Esther Initiative was inspired by Esther 4:14 and its purpose is “elevating women to the areas of leadership for which they are gifted and created”.

Within this initiative’s training process, there are three different aspects through which they empower Christian women as spiritual influencers: conferences, mentoring, and mobilization. 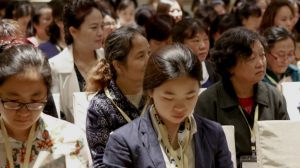 The conferences are where much of Esther Initiative has women start. Daugherty shares, “At national conferences, we gather women together — women leaders, oftentimes pastors’ wives, women’s ministry leaders — to be inspired, equipped, [and] activated in their leadership roles so they can, in turn, multiply that training and raise up other modern day ‘Esthers’ to advance the Gospel in their nation and beyond.”

The women gathered often come from leadership roles in the Church, in the marketplace, and even in government. “The influence they have is enormous and that’s where we see God doing the most work right on the ground right in front of them in their communities.”

The conferences take place in over 20 different countries around the world. Esther Initiative gives these women encouragement from God’s Word, practical leadership training, and ultimately a commission to spread the Gospel in their communities.

Another key aspect of Esther Initiative is mentoring. “As we look at the leadership of Jesus throughout Scripture, we find that he takes opportunities to teach larger groups when those times are strategic. But often, he uses his ministry in a much more personal way, one-on-one, as he trains the disciples to build his Church later on,” explains Daugherty.

“We want to look at that and follow the model of Jesus. So we created the Esther Mentoring Track. In this specific training model, women leaders in specific, strategic global regions are mentored in groups and in one-on-one relationships. We take them through our Esther Initiative Training Manual.”

Part of this training through mentorship includes teaching these women their identity in Christ. “Oftentimes, these leaders are in nations where women are marginalized and not valued and we want them to know that they were created with great purpose. It walks them through nurturing their relationship with God and learning how Jesus was a servant leader, how to follow in his footsteps, how to use their giftings and their personalities and their strengths to advance the Great Commission in their nation.”

Over the years, the Esther Initiative has seen incredible growth through mentorship as women take what they have learned and pass it on to other women. This strengthens the networks within the Church as women encourage each other to be agents for Christ in their homes and neighborhoods.

The final, critical piece of Esther Initiative is the mobilization that takes place. According to Daugherty, “This is what I get really fired up about because as these women are inspired and activated in the larger conference setting, and then they are really discipled in a very specific, personal way through our mentoring track, we’re finding that organically they are coming together in unity as leaders and they are being mobilized to be difference-makers right in their community and community transformation is taking place!” 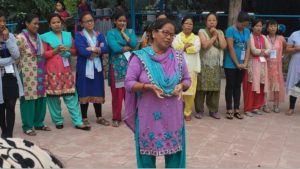 Women who are mobilized as Christian leaders and spiritual influencers with Esther Initiative are taught to recognize how to use their assets and build relationships as women to spiritually impact their circles.

Global Advance is currently focusing ministry in some of the most unreached areas of the world. “We have a focus in the SARC region, which is eight nations in the southern part of Asia where the name of Jesus has not even been heard in some of these places.”

While Esther Initiative focuses on women in the Church, Global Disciples also encourages women to join arm-in-arm with Christian men for holistic impact for God’s Kingdom.

Daugherty says, “What we have loved seeing God do through Global Advance is really bring [together] all of our initiatives. So we have had opportunities to train women alongside men. An example of this is in our national conferences. Oftentimes with a Church Planting Conference, we will have an Esther Conference as well where we bring them together in unity, we worship together, [and] we have some common training tracks together. Then we break apart and have our individual sessions where we go through the Church Plant Training Manual for the men and the Esther Leadership Manual for the women that can just address specific opportunities for them in ministry. Then we bring them back together on the last day to commission them [and] get them excited about future church planting opportunities together.

“We know that God had created men and women together to work in unity. He’s given us incredible, unique giftings that work well together that reach the community and the lost in a more effective way when we’re working together.”

Global Disciples has seen God move in incredible ways through Esther Initiative’s equipping women. Daugherty says, in particular, she was moved by reports they received from Esther Initiative participants in southern Brazil.

“In the nation of Brazil, I was there this summer with our international coordinator from Brazil. She was one of our very first mentees who joined our Esther Mentoring Track several years ago. Since that time, she has hosted a couple of conferences. A really impactful opportunity happened when 26 churches came together in unity to say, ‘We want to impact our community for Christ together.’”

This is a big deal in southern Brazil because churches in this particular region are commonly plagued with disunity. According to Daugherty, it has even been called a “pastor’s cemetery” because of the disunity and strife often seen within and between churches.

“So during our conference this past summer, these 26 churches came together. They repented, they came together and said, ‘We want to do something together. We’re better together than we are apart.’ One woman said it like this: ‘In unity, we are called to serve together. This week, God has generated new dreams in this place.’”

Since then, these women leaders, marketplace leaders, and church leaders have been coming together for strategizing meetings. They decided to start outreach in a local slum where the Jesus is desperately needed. This slum is plagued by drug lords and murders and poverty.

Together, these churches went in to host Christian leadership training, counsel couples, teach about health and hygiene, and minister to kids. The Christian women trained by Esther Initiative even hosted a quinceanera for the girls from the slum and shared the Gospel.

Daugherty says she was encouraged by “so many reports from this one area of women being activated, bringing other community leaders together, and the local church together for community transformation! And that’s just one example of how God is using the Esther Initiative and Global Advance all around the world to shine the light of Jesus in some of the darkest places.” 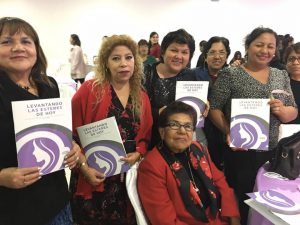 Daugherty shares, “Right now, we have committed to several training events in 2018. But the truth is, we can only commit to about half of the requests that come in just because more partnership is needed.”

One thing they really need is more Ambassadors to join Esther Initiative with Global Advance on conference trips. Ambassadors could serve as speakers who can share wisdom from God’s Word to these women.

And, as Daugherty mentioned, they also need financial supporters to help Global Advance multiply these trainings. Click here if you’d like to sponsor Esther Initiative conferences!

Finally, please commit to praying for Esther Initiative this year. Pray for more women around the world to step into their God-given roles as spiritual influencers and to recognize the vital, vibrant part they have to play in the Great Commission.