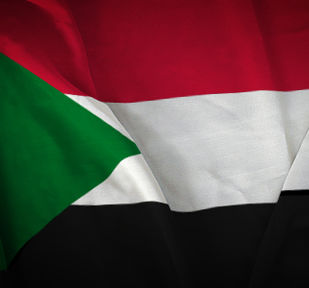 Sudan (MNN) – Last October, the United States lifted sanctions on Sudan with the expectation that there would be more efforts in counterterrorism and against internal conflict. More recently, the Sudanese government opted to extend a unilateral ceasefire against rebels that was supposed to end in December.

Until the ceasefire, fighting between the government and rebels had been ongoing in the Kordofan and Blue Nile regions since 2011 and Darfur since 2003.

Todd Nettleton of the Voice of the Martyrs USA says, “The conflict in Sudan dates back years and in some cases even decades. But there has been a ceasefire in place and the president of Sudan has just announced that he will extend that ceasefire. It had been scheduled to end at the end of December, now it has been extended to the end of March.

“I think this is a direct effort by the Sudanese government to keep the peace process moving forward.”

In other words, it looks like Sudan is working hard to appease the international eye. Nettleton says he believes it’s “an effort to make sure that the US government perceives that things are going well in Sudan so they’re not tempted to put those sanctions back in place.”

And while this is a positive development for Sudan, there is still the question of human rights violations.

“Even though Christians in the Nuba mountains may be in a better situation now because this ceasefire is in place and the bombing has been less than what it was previously, there are still issues of persecution, even in the capital city of Khartoum of church buildings being torn down,” Nettleton says.

In cases like this, the government claims that the churches do not have the correct paperwork to own the property, and it is seized.

“It is still a difficult place to be a Christian. There is absolutely still a lot of persecution in Sudan. But it is encouraging to see this ceasefire continue because if it holds, and we hope it will, it allows the people in those regions to kind of get back to a normal kind of life to plant crops and still be in the same place to tend to the crops and to get a harvest. So, it’s a positive thing.”

Unity in the Church

But as long as persecution exists, the Voice of the Martyrs will do what they can to keep the Sudanese Church alive and strong. “We are continuing to be in contact with the Church and to find ways that we can assist and encourage and bless them as they go through this time of persecution.”

Petr Jasek (Photo courtesy of Voice of the Martyrs)

Nettleton says that there are many challenges to their ministry in Sudan. He recalls how one of their workers, Petr Jasek, was imprisoned for 14 months under baseless accusations. After his release, Nettleton was able to interview Jasek about his time in prison.

“One of the specific things that he talked about that was such a blessing and such an encouragement to him as he was in prison (and there were three other men that were in prison with him, two of them were pastors) … as they were taken to court, Sudanese Christians would gather outside of the courthouse and sing hymns.

“And he told the story of one of the pastors—he recognized the hymn because it was in his tribal language. And these were people from his tribe and his part of the country who had come to Khartoum. They were outside the courthouse singing hymns.

“And Petr said, ‘You know, I looked across at this pastor, and there were tears streaming down his face because he realized ‘I’m not alone. Those are my people out there singing, they’re encouraging me.’”

What makes this even more moving is this: “Those people risked their own arrest and imprisonment to just be outside the courthouse to wave and sing hymns to encourage the people who had already been arrested and were already on trial.”

And it’s this encouragement– this devotion to one another– that helps to strengthen the Church. It is an incredible courage that springs out of the mindfulness of the full Body of Christ.

“That’s why the Church in Sudan is not going to be defeated by government actions and they’re not going to be defeated if their church building gets torn down. They understand that the Church is much, much more than a building. And there are believers there who are willing to risk their freedom in order to serve God and to serve other brothers and sisters in the Body of Christ.” 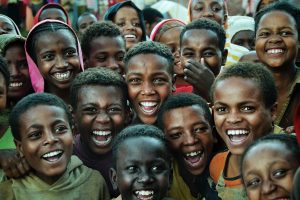 What this latest development with the ceasefire reveals is that anyone in the United States who cares about the status of human rights in Sudan should let their representatives know.

“Our government really does have influence in these kinds of situations and as Christians, we want to be heard and speak out on behalf of the issues that we care about, including how our brothers and sisters are treated around the world.”